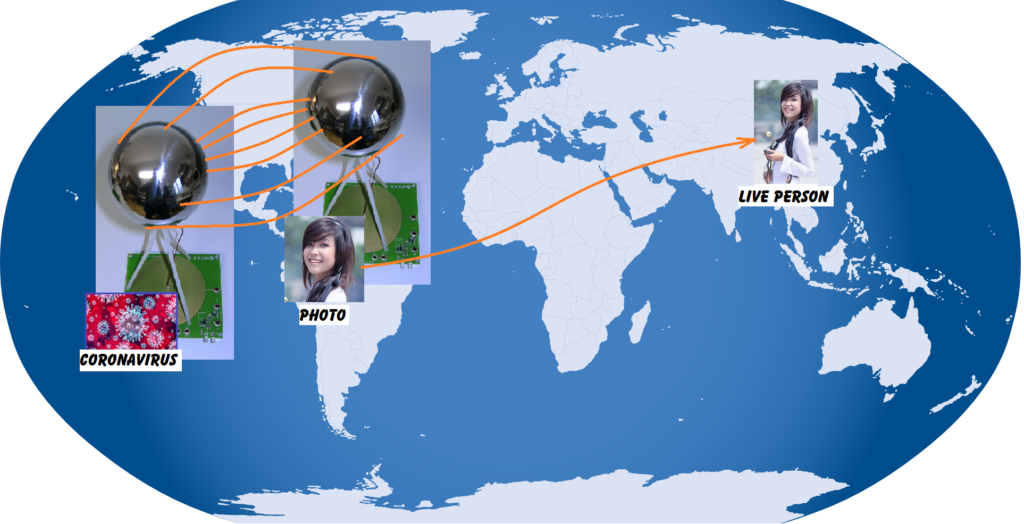 This page explores the possibility of using scalar wave technology to heal the deadly 2019-nCoV Wuhan coronavirus. Because this new virus was first erupted in China, this page was also translated into Chinese for the convenience of our Chinese readers.

In about December 2019, a novel coronavirus (2019-nCoV”) was first detected in Wuhan City, Hubei Province, China and continued to spread rapidly from person-to-person . This new virus caused deadly outbreak of respiratory illness throughout all 31 Chinese provinces. As of February 8, 2020, Chinese health officials have reported 37,000 of confirmed infections in China, among which 811 were dead. Confirmed infections with 2019-nCoV outside China, most of them associated with travel from Wuhan, also are being reported in over 27 countries and regions including 12 confirmed cases in the United States while death rate outside China remains low.

Coronaviruses are a large family of viruses that are common in many different species of animals, including camels, cattle, cats, and bats. These animal coronaviruses can rarely infect people and spread between people. The only exception are MERS, SARS, and now 2019-nCoV.

On January 30, 2020, the International Health Regulations Emergency Committee of the World Health Organization declared the outbreak a “public health emergency of international concern.” Also on January 31, the President of the United States signed a presidential “Proclamation on Suspension of Entry as Immigrants and Nonimmigrants of Persons who Pose a Risk of Transmitting 2019 Novel Coronavirus.”

No vaccines or antiviral drugs are available for 2019-nCoV coronavirus as of today (Feb 8, 2020).

The World Health Organization (WHO) renamed the novel coronavirus 2019-nCOV to COVID-19 on 2/11/2020 to avoid references to specific location, animal species or group of people.

As of March 11, 2020, COVID-19 has infected more than 120,000 people worldwide among those over 4,300 people have died, 66,000 have recovered. In USA, at least 1,000 are infected, among those over 30 people have died. While the spreading inside China has slowed down drastically due to the extreme measures imposed by the Chinese government, the spreading in other countries such as Italy, Iran, and South Korea are escalating at an alarming rate.

This is only a proposed remote healing solution for the new 2019-nCoV coronavirus by scalarwavehealing.com. No result or data have ever been reported. Coupling with the fact that scalar wave theory and experiment have not been accepted into the main stream science, the success of this experiment can only be “verified” through patients’ own healing experience.

Scalar wave energy is everywhere if we know how to connect with it. 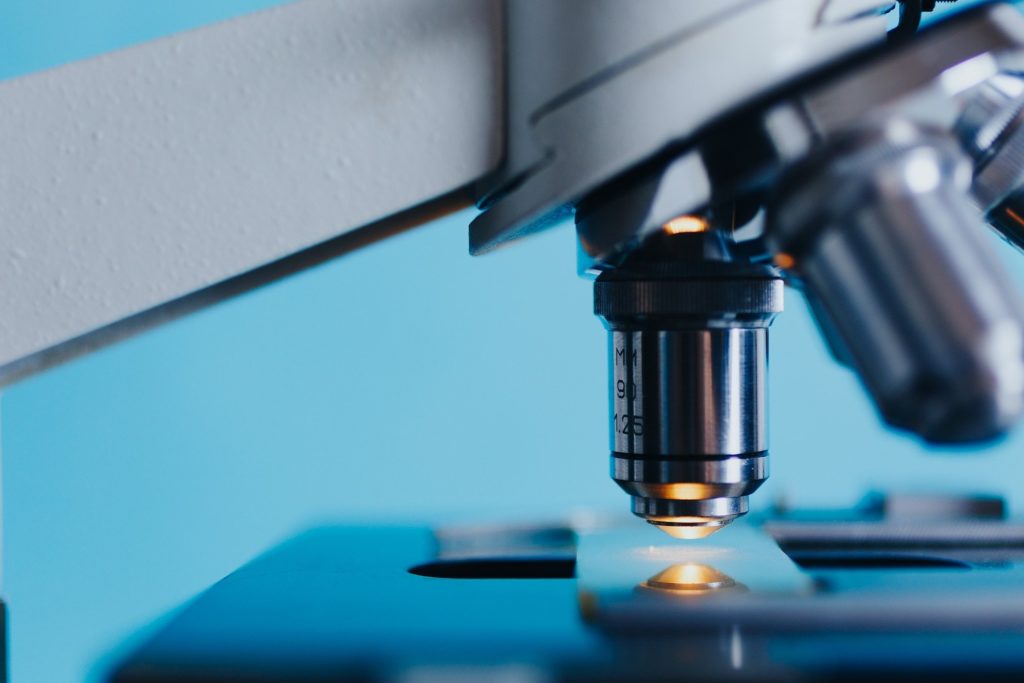 The picture below illustrates clearly how DNA is packed into a mitotic chromosome through multiple step coiling [1]. The figure eight shape “8” plays an important role in this formation. The naked DNA is a double helix string made up of two linear strands twisted together around the helical axis in an anti-parallel fashion. The chemical backbones of the strands are sugar and phosphate molecules. In between them are the base pairs made up of 4 nitrogenous bases: adenine, thymine, guanine, cytosine connected by hydrogen bonds. There are benzene rings in the nitrogenous bases.

Benzene rings in the base pairs between the two strands as shown below are the “motors” that generate the magnetic fields. They are oriented perpendicular to the helical axis. Each benzene ring has circulating electrons on its plane which in-turn make the benzene ring a magnetic moment (like a tiny magnetic ball). All benzene rings are aligned along each strand creating B field along the helical axis. The magnetic fields created by the second strand is anti-parallel to the first one. Therefore, in its natural state, single strand of DNA is magnetic but double-stranded DNA is not due to anti-parallel cancellation.

The physics of DNA magnetism can be found in [3]. The authors did not discuss anything about scalar waves. But the article can be served as a good source for the understanding of the magnetism in DNA.

As shown above, the DNA sequence consists of double-ring purines (A & G bases) and single-ring pyrimidines (C & T bases). In the presence of strong external magnetic field, the ring currents induced by the external incident field are spinning in the same direction, so that their magnetic moments are directed towards the incident magnetic field. This secondary magnetic field is formed to shield the DNA from the outside force. In the process, the magnets strongly oppose each other, the repulsive force try to push apart but the double helix holds them tight together therefore forming a bubble.

However, in the absence of strong magnetic field, the natural state ring currents are spinning in opposite directions, resulting in anti-parallel magnetic moments that are attracted to each other and close the magnetic loops. The magnets are therefore pulled together. This attraction occurs to the rings between two strands and also to the adjacent rings in the purines. For the adjacent rings in the purines, the trajectory of the ring current is of infinity shape, or number 8 shape, or a möbius coil shape. The magnets powerfully attracted to one another reinforces the stable DNA double helix structure. In the process, a very large scalar wave vacuum is formed.

Möbius coil is well known for its ability to generate scalar wave. In his book, Stephen Linsteadt, NHD [4] describes how it works: “The body is also constantly generating these universal scalar waves. Scalar waves are produced when two electromagnetic waves of the same frequency are exactly out of phase (opposite to each other) and the amplitudes subtract and cancel or destroy each other. The result is not exactly an annihilation of magnetic fields but a transformation of energy back into a scalar wave. This scalar field has reverted back to a vacuum state of potentiality. Scalar waves can be created by wrapping electrical wires around a figure eight in the shape of a möbius coil. When an electric current flows through the wires in opposite directions, the opposing electromagnetic fields from the two wires cancel each other and create a scalar wave.“

Prof. Dr.-Ing. Konstantin Meyl [2] calculated the wavelength of the DNA generated scalar wave to be 126 nm, the speed to be half of the light speed: C/2.14 = 140,000 km/s, and the frequency to be 1.11 x 10^15 Hz – in the UV spectrum. This matches the bio-photon UV radiation measured by Prof. Popp using highly sensitive photo-multiplier tubes, suggesting that DNA scalar wave is the source of the bio-photon radiation. Dr. Meyl stressed that longitudinal scalar waves are known to have no fixed propagation speed and consequently no fixed frequency.

According to Prof. Dr.-Ing. Meyl’s model, bio-cells communicate and gain energy from magnetic scalar waves through potential vortexes. In the presence of scalar waves, the cells go into resonance, and draw information as well as energy from one another and from the environment stimulants. The transmitters and receivers are no longer distinguishable. Metabolism controlled by the genes is only possible if both energy and information are introduced. Scalar waves carry both energy and information and therefore fit the bill.

Only about 1 percent of DNA is made up of protein-coding genes or “exons”, the other 99 percent is noncoding “introns”. The noncoding introns appear to be “junks”. But it is these introns that allow the resonance among cells to occur and facilitate the propagation of scalar waves. No evolution could have happened without the introns.

DNA scalar waves are generated within a nucleus, a cell structures, and the entire human body. They entangle with all other scalar waves in the universe. When in resonance, different people can absorb energy and information from each other instantly through the scalar waves remotely.

As discussed previously, the adjacent nucleosome cores are wrapped by the double helix DNA strands in opposite directions. This effectively forms many infinity shaped möbius coils. Electric current going through the möbius coils creates anti-parallel magnetic fields, cancelling each other and generating magnetic scalar waves.

Once again, the figure-eight loops in chromosomes are many infinity shaped möbius coils. Electric current going through the möbius coils creates anti-parallel magnetic fields, cancelling each other and generating magnetic scalar waves.

1. David Sadava, DNA is Packed into a Mitotic Chromosome, https://www.nature.com/scitable/content/DNA-is-Packed-into-a-Mitotic-Chromosome-3497/ 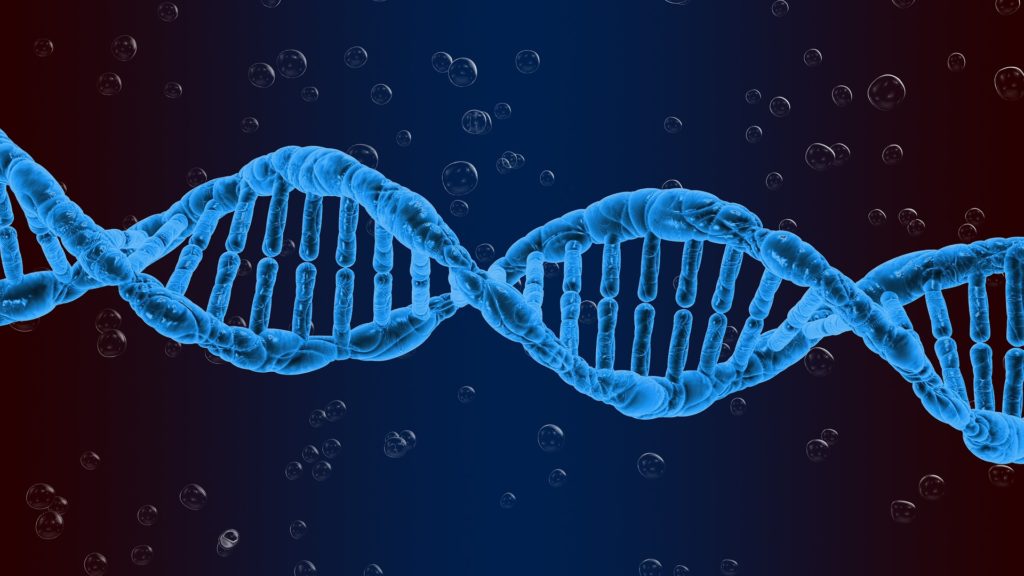 Scalar wave has the fundamental issue of not being detectable using modem scientific instrument. As such, its existence and the healing effectiveness cannot be directly and rigorously verified using today’s scientific methods. It can only be “seen” in the outcomes. Understandably, this leads to many open ended questions and skepticism. When applied to healing, the situation is even difficult requiring great care. Nevertheless, there are many natural phenomena such as remote healing, remote viewing telepathy, as well as numerous claims of great healing effectiveness using scalar wave devices. Some forward thinking researchers have proposed theories, models, and calculations of scalar wave healing. There are also experiments showing how diseased cells were altered using scalar wave devices. We have to say that these models and calculations are largely speculations in today’s scientific standards. But models and theories are the good starting points. Time will tell how this will play out to either prove or disapprove them. We will accept the models that explain natural phenomena the best to go forward until there would be a better way.

How do scalar waves heal? From the scalar wave theory and experiment, scalar waves carry both energy and information traveling longitudinally and can be faster than the speed of light through any solid objects without decay. Is the energy part of the scalar waves that heals or the information that they are imprinted upon does the job? We are doing a deep dive into the supporting R&D efforts that can lead us to a better understanding of the mechanisms behind scalar wave healing.