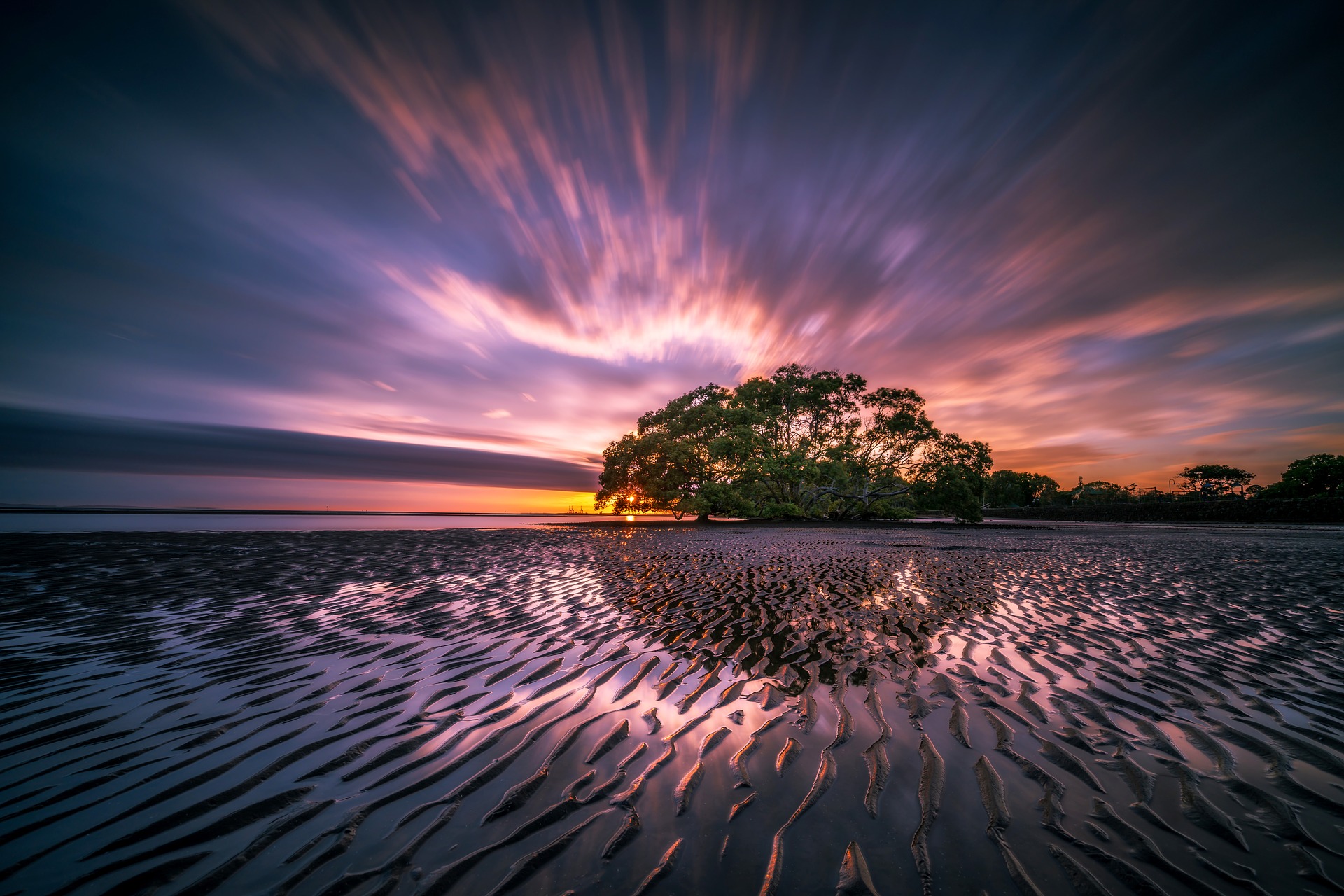 Scalar waves are longitudinal waves of potentials. They have only magnitude but no momentum in space. Scalar waves are unconventional waves different from the transverse electromagnetic (EM) waves. They travel faster than the speed of light, penetrating anything without decay. They appear to be stationary and undetectable using contemporary measurement instruments, but they carry fundamental energy that can be tapped to generate many different effects. In essence, scalar wave is about the transmission of energy and information with speeds faster than light confirmed by Nicola Tesla.

As shown Figure 1, scalar wave is a field of potential energy in 3D space. The energy is radiated over time – the 4th dimension.

Scalar waves, on the other hand, have no net E and H field vectors, but they can still transmit energy longitudinally, over time, in all directions in the form of potentials. As depicted in Figure 2, a scalar wave can be created by superimposing two radiating electromagnetic waves that are 180 degrees out of phase (or shifted by λ/2), leading to the cancellation of the E and H vectors.  When both E and H are equal to zero, there are no force fields, a state of EM vacuum is formed. In this state, energy is transmitted longitudinally in time, traveling faster than the speed of light, penetrating any objects without decay and all the way out to infinity. This is the power that the established science and engineering community has yet to recognize.

Since scalar wave is a potential energy field, the electromagnetic force can be obtained as its gradient. This is the basis for harnessing the energy of scalar waves to generate different effects at the receiving ends. It has been hypothesized that scalar wave is the same subtle energy field or zero-point field energy that encompasses everything, everywhen, and everywhere in the universe. The zero-point field energy is a naturally existent energy that has been proven in quantum mechanics. This is the quantum fluctuation energy at temperature of absolute zero degree kelvin or -273.15 °C which existed before the world began.

The modem electromagnetic theory is based on Maxwell’s four equations. The equations can be written in differential or integral forms. The scalar wave proponent Rt. Lt. Col. Tom Bearden charged that “Maxwell’s vector equations taught in universities are actually Heaviside’s truncated equations.” [2] The original Maxwell’s theory includes 20 equations in 20 unknowns. Maxwell was under great pressure to simplify the math but did not finish it before he died. After his death, Heaviside and Hertz drastically simplified and truncated the theory with the introduction of the gauge conditions including Lorentz symmetrization and arbitrary discarding of all asymmetrical Maxwellian systems. The omission of potentials was considered of no consequence. But this truncation threw away the hidden but powerful scalar potential, make the equations simpler so that closed algebraic solutions could be found. As a consequence, the theory of scalar waves has not gained wide acceptance by the main stream science and engineering community today, and sometime it is even labeled as pseudoscience. The available theoretical explanations and experiments about scalar waves are scarce and confused.

In the present Maxwell-Heaviside theory, E field is created by charges and B field is created by electric current. The theory omits the potential variables and is not able to explain the massless interactions and the force-free potential that interact with mass to produce forces. Tom Bearden pointed out that: “At the time, by his symmetrization of the Heaviside-Maxwell equations, Lorentz had just (unknowingly and unrecognized to anyone else) discarded all nature’s permissible asymmetrical Maxwellian systems — the very ones that contained the entire class of Maxwellian systems capable of freely receiving energy from the vacuum, creating a NET translation force field in its charged matter system, and using it to push current through loads and power them freely.”

Over the years, a handful of scientists and engineers have realized the limitations of the Maxwell’s electromagnetic theory. They had come to the agreement with Tom Bearden that scalar waves should have been part of Maxwell’s original theory. In 2001, CIA released to the public a scalar wave memo dated 1987 [3]. It indicates that the US R&D community and intelligent community had showed great interest in the potential applications of scalar waves since 1987. In the memo, the author showed that scalar waves are unconventional waves that are not a contradiction to Maxwell’s classical equations but represent an extension to Maxwell’s original theory. This extension was evident from the following analysis:

The E and B fields can be represented by the electric scalar potential ϕ and the magnetic vector potential A:

By manipulating E and B in Maxwell’s equations, we have two wave equations:

If all vectors E, B, and A are set to zero, we can find a new variable S

which satisfies the following relations

This new variable S then satisfies a wave equation:

The variable S is a potential having a wave equation. This new variable S is the so called scalar wave. It is a lossless wave in the absence of a source or sink over long time scales. It shows that the scalar wave exists and propagates without any force fields (E = B = 0) and there is no conventional Poynting EM power flow. This new scalar wave fits perfectly in the Maxwell’s equations.

The author of the CIA memo did raise the question where the energy is drawn from to sustain such a flow of energy. One possibility is to add to the EM theory a vector that integrates to zero over a closed surface. Another is the possibility of drawing energy from the vacuum or free space. While conventional EM theory does not allow random energy in free space to be drawn, quantum mechanics does allow this and it is called zero point energy (energy fluctuation always exists at absolute temperature of zero). Tom Bearden was mentioned in the CIA memo as the chief proponent of drawing energy from vacuum.

The CIA memo concluded that scalar waves are potential for unconventional wave propagation. They do not attenuate like EM waves do. Their existence is not proven, but if they exist their energy source is not clear. They have a quantum mechanical flavor about them. If they exist, they will be transformed via collective phenomena from microscopic waves to microscopic waves. They also behave like longitudinal waves in a plasma and grow via energy supplied by the medium such as free space or sea water, etc. Should they exist, a new vistas in wave propagation and long distance ranging/detection will result.

In 2012, Hively and Giokos proposed a complete electrodynamics theory [4]. As they explained it, the classical Maxwell’s equations require a gauge condition ∇ • A + αεμ ∂ϕ /∂t = 0 in order to arrive at specific solutions, where α = 1 is the Lorenz gauge (charge travels at light speed), α = 0 is the Coulomb gauge (electrostatics with potential ϕ propagating at infinite speed), 0<α<1 is the velocity gauge (potential ϕ propagating at a speed greater than the light speed). This means that the gauge condition is related to non-locality by its scalar-potential propagation speed. This gauge condition makes it incomplete. By introducing a dynamical quantity,S = –∇•A– εμ ∂ϕ /∂t, here, A and ϕ are the vector and scalar potentials, the new theory predicts two waves: a charge-fluctuation-driven scalar waves having energy but not momentum (our interest here) and a longitudinal-electric wave with energy and momentum. This dynamic quantity is the same “new wave” mentioned in the CIA memo. In Hively’s own words: “The explicit prediction of wave-like phenomena (S-waves) with energy, but not momentum, is unprecedented, but is not unlike charged, quantum particle-antiparticle fluctuations having energy, but no net momentum”.

German professor Dr.-Ing. Konstantin Meyl did an even deep dive into the true mechanism of scalar waves. He discovered potential vortex in 1990 [5] and has since used it as the model to explain scalar waves and their transfer. Using just Faraday’s Law of Induction – the third equation in Maxwell’s four equations, he found vortex duality. The vortex is the Eddy current curl in conductive materials (e.g, copper), anti-vortex is the opposite vortex formed in insulating materials (e.g., air) and it must accompany the creation of the vortex. The vortex can not be formed without the anti-vortex as he explained using the formation mechanism of a tornado. The contracting potential vortex thus exerts a pressure and with that forms the vortex. He called the anti-vortex the potential vortex. The concept of potential vortex is so obvious but was totally missed in Maxwell-Heaviside equations. This certainly accounts for scalar waves not being accepted into the main stream science as of today. Using potential vortex, Dr. Meyl further developed the consistent field theory which allows all known interactions to be derived from. He showed that electrons, protons, neutrinos etc. are all made up of double vortexes.

In his book Scalar Waves, Dr. Meyl, using the concept of potential vortex, proves that wave is a conglomerate of various waves, scalar waves are presented besides the well-known Hertz electromagnetic wave (see picture above). Scalar wave is further divided down to electric scalar wave (detected by Tesla a century ago), and Meyl’s new magnetic scalar wave. Both scalar waves are potential vortexes that spreads longitudinally in space without a constant speed. It can be a standing wave, noise, earth radiation or bio-photons at the speed below c, photons at c, or neutrino and tachyon radiation above c.

Hertzian wave, as pointed out by Nikola Tesla, is a gigantic waste of energy. The transmitter broadcasts power in all directions, only tiny amount of power can reach the receiver. For a 2-watt transmit power out of a mobile phone antenna, for example, only a few milliwatts can reach the base station. The transmission loss is therefore enormous. The transmitter has to use very high power amplifier and high gain antenna in order for the receiver to receive sufficient power for processing. The advantage is that Hertzian wave can reach many users in all directions at the same time, and so it’s good for broadcasting application.

Tesla’s scalar wave, on the other hand, is highly focused and efficient on point-to-point communication. It functions on the principle of resonance. The transmitter and the receiver are on the same frequency but out of phase. All field lines originated from the transmitter antenna terminate on the receive antenna. There is virtually no transmission loss. All transmitted power reaches receiver. In principle, as long as the condition of resonance is met, only a few milliwatts of power out of a mobile phone is needed to carry out a telephone call to another user on the other end of the earth allowing direct communication. Mobile communication on scalar wave is still a dream. The challenge is to accomplish the opposite phase between the transmitter and receiver so to create a resonance condition. Modulation and coding have to be added so a conversation can occur only between the intended users.

Scalar wave is a powerful tool that can be used for either good or for harm. When embraced for a better humanity, it will not only revolutionize the energy technology and telecommunication industry, but also profoundly change human life including healing and medicine forever. 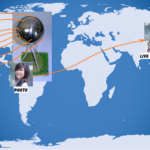 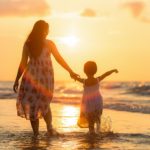